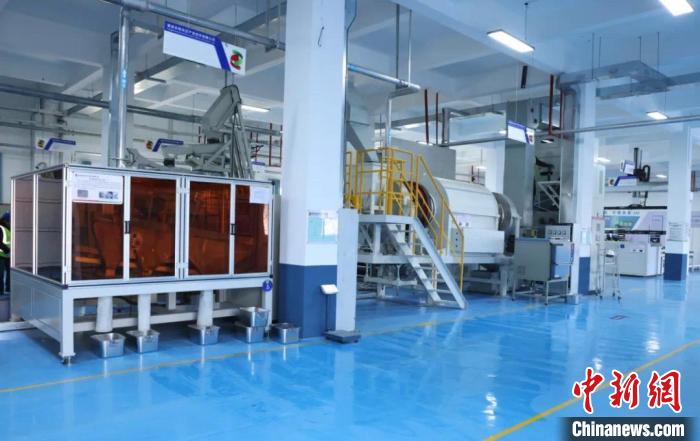 Qinghai Province is a large province of clean energy in China. As of the end of 2021, Qinghai Province’s total photovoltaic installation machine reached 16 million kilowatts. It is the most concentrated area of ​​the world’s large -scale parallel parallel power stations in the world. Component recycling can avoid waste of resources.

Shi Shengbin, director of the Science and Technology Management Department of Huanghe Company, introduced that since 2017, Huanghe Company has carried out key technologies such as the industrialization of crystal silicon photovoltaic components and localization of equipment. Materials such as silicon, silver, copper, aluminum, etc., “turn waste into treasure” with retired photovoltaic components.

“By recycling the recycling of photovoltaic component materials, the energy consumption of the mining of native resources and reducing resources is reduced, thereby effectively alleviating the indicators of ecological environment pressure and reducing the energy consumption of the photovoltaic industry chain. The green energy saving characteristics. “Shi Shengbin said.

Shi Shengbin said that since carrying out the “industrialization of crystal silicon photovoltaic components and localization of equipment”, it has been strongly supported by the Qinghai Provincial Party Committee, the Provincial Government, and the State Appliances Investment Group, and has invested more than 40 million yuan in R & D funds. After nearly 5 years of continuous research, the conventional component recycling technology route with the core component recycling technology line with the core of “physical demolition process, thermal cutting and selective separation process, and wet method” was established, forming a disassembly box and a wiring box demolition from waste photovoltaic components, and a wiring box demolition. Remove the complete photovoltaic component of the backplane to the combined photovoltaic component industrialization equipment integrated scheme with the backplane removal of glass separation, welding band screening, and silicon material purification. At the same time, the development of process equipment development in the existing power plant is dominated, and the independent research and development has completed 22 units/sets of the first component recycling process equipment at home and abroad, and the localization of component recycling process equipment has been achieved. In December 2021, the comprehensive recycling rate exceeded 90%and the annual processing capacity of 110,000 films was recycled. (Finish)